Can you fake confidence?

People have been faking confidence for years. Have you ever been watching a TV show, or Movie where one of the characters is a charismatic and totally self confident person, then a few weeks later he’s playing the part of a master criminal, or drug dealer, etc.?

Actors, act. I know that’s not really a revelation, but when you watched them play either part did you think, “wow, he’s good at acting”, or did you just see him as the person he was portraying?

My guess is that you saw them as the person they were pretending to be? Act confidently and people will perceive you as confident. 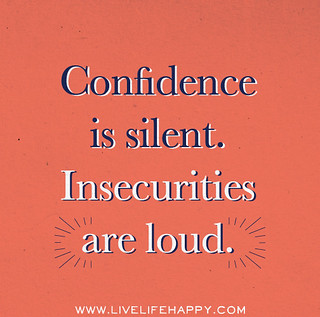 Your level of self confidence is determined to a large degree by what you believe other people’s reaction to you will be. In a person that lacks self-confidence, this generally surfaces as an increase in stress levels, possibly sweating and a racing heart beat, plus thoughts of previous failures and embarrassing situations they’ve suffered.

To change a belief can be a relatively simple thing to do, given the correct circumstances and one of the things that can increase the speed with which it takes place, is to convince your brain that it’s already happened.

As I mentioned in my confidence and success workbook, your mind loves to be right and will do whatever it takes to prove it.

‘Act as if‘ is a phrase that can be heard often in psychological circles and it’s an effective mindset to remember. By Acting as if you’re already confident, your subconscious mind will try it’s best to reinforce that ‘fact’.

The idea is to go through the routines of being a confident person even though initially they may feel forced, and continue doing them until being confidence in that situation becomes real.

When you act confidently, you’ll be surprised how helpful your mind will be. I believe that thoughts become things; whatever we focus and take action on consistently, will become true.  By acting as if, you’re presenting to your mind that you’re confident and it releases the thoughts and feelings that assist in making you feel confident.

With practice, whenever you are confronted with that same situation, you’ll automatically feel more confident.

Give it a try, you’ll be surprised!

If you’ve had success using a technique you’d like to share, let me know in the comments. We’re all about helping people here at The Confidence HQ and your success can also help someone else be successful , so share the love  😉 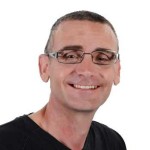